Skip to content
Breaking News
Turn Your Business Risks Into Opportunities With Pega AI เรียน Cognitive.ai ฟรี พร้อม badge “How AI will power the next-gen applications in Connected Industries (CI)” Kids discovering planets beyond our Solar System Why and how to be well-informed while applying AI & ML to business problems-practical… 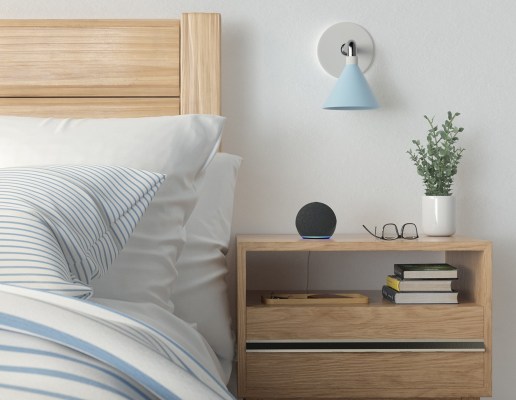 At its annual hardware event, Amazon today announced new capabilities for its Alexa personal assistant that will allow it to become more personalized as it can now ask clarifying questions and then use this personalized data to interact with the user later on. In addition, Alex can now join a conversation, too, starting a mode where you don’t have to say ‘hey Alexa’ all the time. With that, multiple users can interact with Alexa and the system will chime in when it’s appropriate (or not — since we haven’t tested this yet).

As Amazon VP and head scientist Rohit Prasad noted, the system for asking questions and personalizing responses uses a deep learning-based approach that allows Alexa to acquire new concepts and actions based on what it learns from customers. Whatever it learns is personalized and only applies to this individual customer.

When you ask Alexa to set the temperature to your ‘favorite setting,’ for example, she will now ask what that setting is.

In addition, Alexa can now adapt its speaking style depending on the context, based on the team’s ability to better understand how to generate a natural-sounding voice for Alexa. In an example today, Amazon showed what that means when you ask it to play music for example, with Alex having a bit more pep in its voice compared to its regular, somewhat monotone voice.

The real breakthrough, though, is the conversation mode. In today’s demo, the company showed how Alexa could work when you’re ordering a pizza, for example. One of the actors said she wasn’t that hungry and wanted a smaller pizza. Alexa automatically changed that order for her. The team calls this ‘natural turn taking.’

Can Lion King Rule if There isn’t a Kingdom to Rule Over?