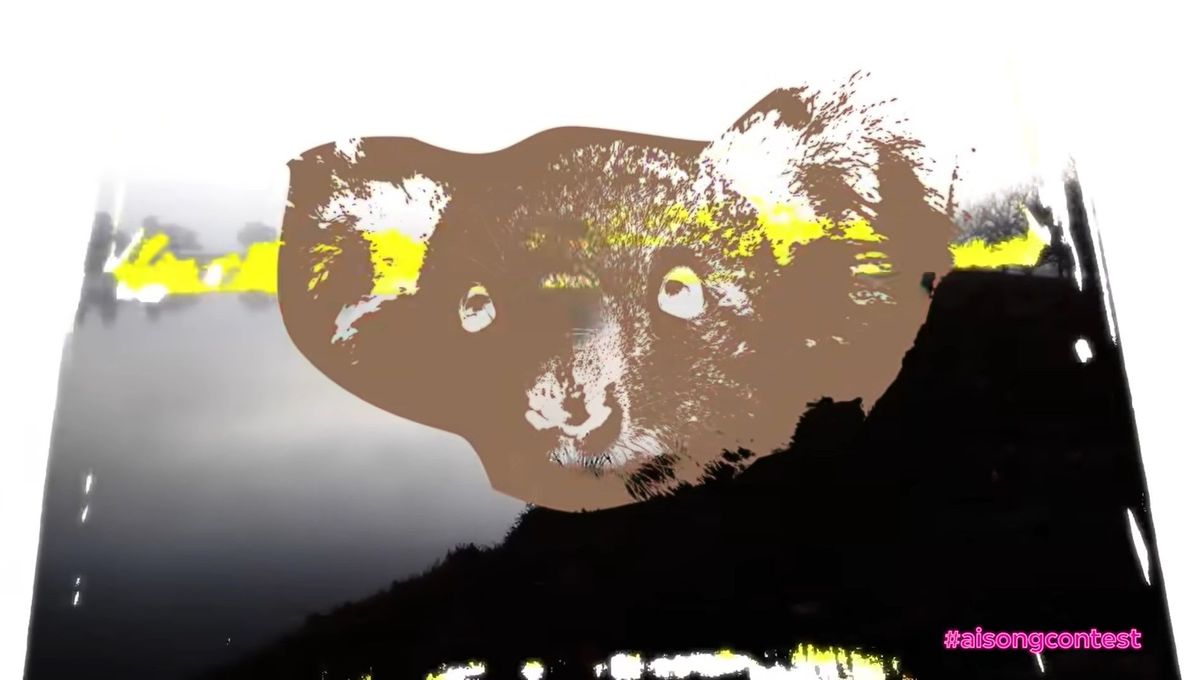 We’ve heard of AI composed music before (albeit with varying results), so it’s just a natural evolution of the form to get those musical computers competing. Granted we’re not at AI American Idol (aka AI AI) just yet, but with the annual Eurovision Song Contest being cancelled this year, Dutch broadcaster VPRO was inspired to launch the European Broadcasting Union-endorsed AI Song Contest instead, with 13 teams from Europe and Australia competing for the ultimate (Max)Head(room)-banging glory.

Unfortunately, the team we were rooting for, Can AI Kick It, came in third place in the event. And we weren’t just pulling for them because of the clever Tribe Called Quest inspired “band” name, but because they’re Artificial Intelligence algorithm, after being fed a healthy dose of past Eurovision pop smashes (including ABBA’s “Waterloo”) and an unhealthy dose of Reddit, came up with “Abuss,” a revolution rock song for the techno-ages, with biting lyrics like “kill the government, kill the system.”

“We do not condone these lyrics!” Can AI Kick It member Janne Spijkervet told ArsTechnica, while noting that the team decided to enter the song into the contest anyways, to show there’s also a dark side to AI (we’ve heard about AIs developing prejudice and mob mentality, so we know all about it; and we’ve seen Terminator, of course). And the song still took home third prize, so who knows what people like.

The judges definitely liked Uncanny Valley’s winning tune, “Beautiful the World,” which leaned into the group’s native roots by training their AI on past Eurovision hits as well as the sounds of koalas, kookaburras, and Tasmanian devils.

“It was a happy accident,” Caroline Pegram, head of innovation at Uncanny Valley, told ArsTechnica about the group’s “koala synth” sound. “Everyone thought I was insane — literally insane — but the koalas have sent out a positive message, and it is a strong and catchy sound.”

Coming in second place is a decidedly less upbeat number from German outfit Dadabots x Portrait XO, “I’ll Marry You, Punk Come.” Their AI spit out the catchy lyric “extinction is the only way” after being trained on acapella, death metal, Bach, and fake news.

While some of these songs are downright listenable, there’s also the human factor to consider here, as we certainly wouldn’t want to live in a world where AI substitutes for actual, feeling songwriters (or painters for that matter). But we can see how predictive algorithms can be used as a tool to help creatives emote what’s inside.

Perhaps Pegram summed it up best: “Some musicians fear we will end up building machines pumping out terrible music — but we need to rage with the machine, not against it.”

Welcome to the Machine