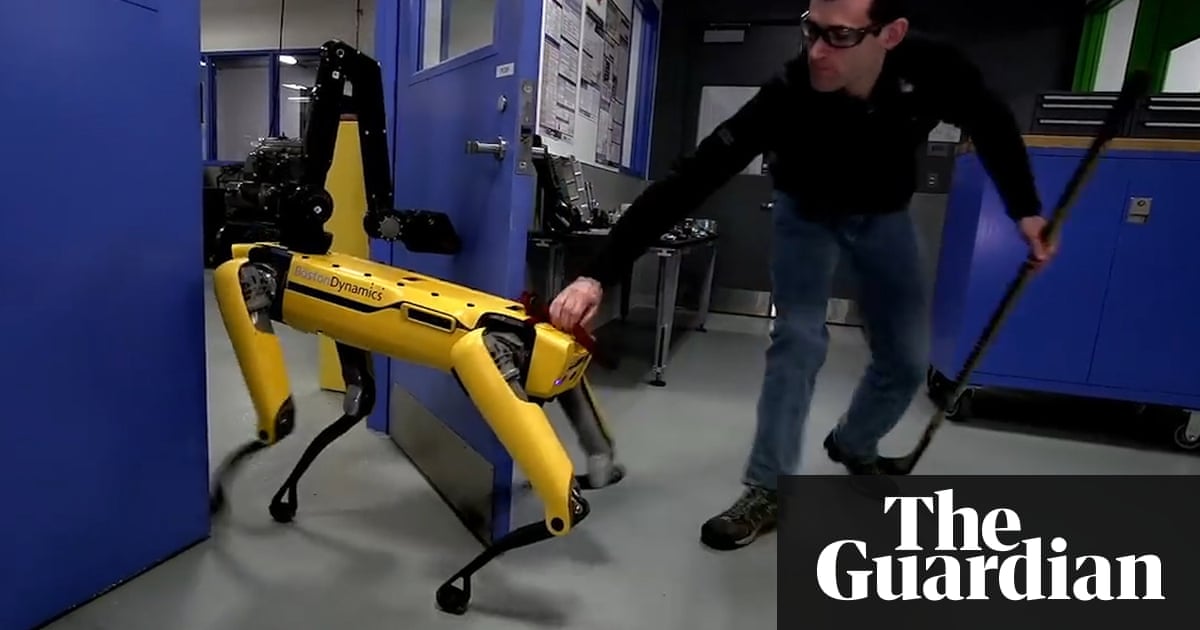 It appears that, just like their flesh and blood counterparts, you just can’t put a good robot dog down, even if you’re a human fighting it for control of a door.

Boston Dynamics’ well-mannered four-legged machine SpotMini has already proved that it can easily open a door and walk through unchallenged, but now the former Google turned SoftBank robotics firm is teaching its robo-canines to fight back.

A newly released video shows SpotMini approaching the door as before, but this time it’s joined by a pesky human with an ice hockey stick. Unperturbed by his distractions, SpotMini continues to grab the handle and turn it even after its creepy fifth arm with a claw on the front is pushed away.

If that assault wasn’t enough, the human’s robot bullying continues, shutting the door on Spot, which counterbalances and fights back against the pressure. In a last-ditch effort to stop the robot dog breaching the threshold, the human grabs at a leash attached to the back of the SpotMini and yanks.

The robot valiantly trudges forward attempting to shake off this cowardly move, losing its tail in the process and looking ever more like a dog fighting its owner. Eventually the human gives in, SpotMini rights itself, lines up with the door, grabs the handle and across the threshold it goes.

Boston Dynamics describes the video as “a test of SpotMini’s ability to adjust to disturbances as it opens and walks through a door” because “the ability to tolerate and respond to disturbances like these improves successful operation of the robot”. The firm helpfully notes that, despite a back piece flying off, “this testing does not irritate or harm the robot”.

But teaching robots to fight back against humans may might end up harming us.

Deep Learning for EHRs — Paper of the Week — June 27th

Cell behaviors during disease and treatment predicted by an AI