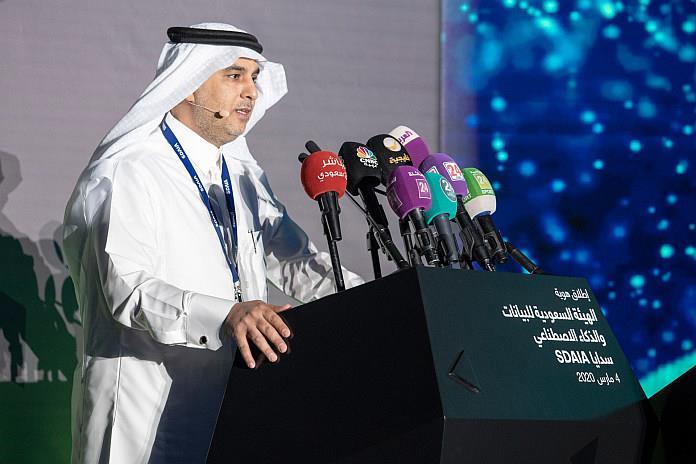 RIYADH, Saudi Arabia – The Saudi Data and Artificial Intelligence Authority (SDAIA) celebrated the launch of its brand identity at an event held at the Ritz Carlton Hotel, in Riyadh under the theme, ‘Data is the Oil of the 21st Century’.

Attended by ministers and top government officials, the celebration marks SDAIA’s readiness to establish the Kingdom among the world’s leading economies in the adoption of artificial intelligence (AI), which is expected to contribute an estimated USD 135 billion to its GDP by 2030, corresponding to 12.4 percent of the national GDP.

The strategic importance of SDAIA’s mandate is reflected in Saudi leadership’s recognition of its role in establishing the Kingdom as a global leader among global data-driven economies. The value of the country’s data and AI economy is currently estimated at USD 4-5 billion, with an opportunity to generate additional government revenues and savings of over USD$10 billion by harnessing data insights to help guide government decisions.

Since the launch of the Saudi Vision 2030 program in 2016, Saudi Arabia has made significant progress in unlocking the value of data as a national asset, with close to 70 percent of 96 strategic goals under Vision 2030 closely related to data and AI. The establishment of Saudi Data & Artificial Intelligence Authority (SDAIA), an entity mandated with driving the national data and AI agenda for transforming the country into a leading data-driven economy, was a major step in that direction.

Dr Abdullah Bin Sharaf Al-Ghamdi, President of SDAIA, said, “We have witnessed first-hand, the early impact of AI and data-driven initiatives and their potential to propel Saudi Arabia’s future economy, but we are still in the early stages with several untapped opportunities available. We, at SDAIA, have been tasked with defining the national data and AI strategy, and delivering on our nation’s vision for the future by optimizing our national resources, improving efficiencies and enabling the creation of diversified economic sectors.”

SDAIA has made tremendous progress in its first year of operations, including:

Speaking at the SDAIA brand launch celebration held yesterday under the theme of ‘Data is the new oil’, in Riyadh, Dr Al-Ghamdi added, “Data is the single most important driver of our growth and reform in the 21st century, and we have a clear vision and roadmap for transforming Saudi Arabia into a leading AI and data-driven economy. SDAIA is at the forefront of this transformation and is primed for national data and AI agenda definition, implementation, and awareness.”

SDAIA’s vision is to establish the Kingdom as a global leader among the league of data-driven economies. The establishment of SDAIA is a testament to Kingdom’s commitment towards this vision – SDAIA, as a world-class data and AI governance body, is bringing global innovations to diversify the national economy, and developing local human capital.