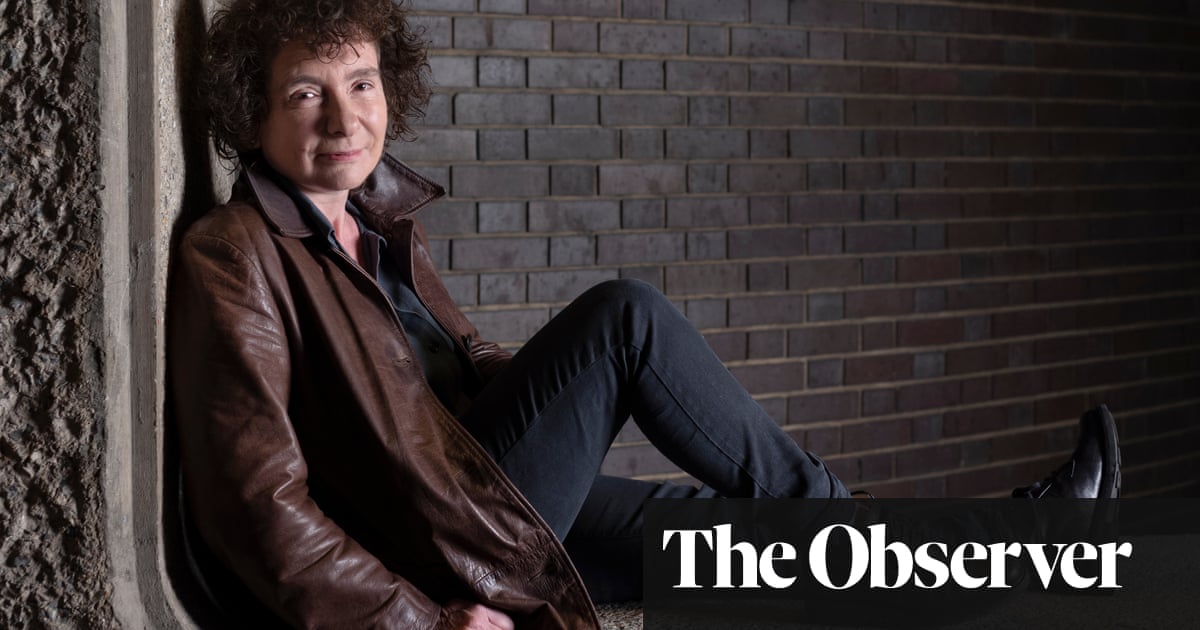 Jeanette Winterson has written 11 novels, as well as nonfiction and children’s books. She was born in Manchester in 1959, the adopted daughter of Pentecostal parents, which she wrote about in her first novel, Oranges Are Not the Only Fruit (1985), and then again in her memoir Why Be Happy When You Could Be Normal? (2011). Now 60, Winterson is a professor of new writing at Manchester University, but spends most of her time in the Cotswolds. Her latest book, Frankissstein, which was longlisted for the Booker prize, reimagines Mary Shelley’s gothic novel for the AI era and is out in paperback next month. She is married to the psychotherapist, Susie Orbach.

Frankissstein is about the troubling ramifications of artificial intelligence. What concerns you most about our technological advancements?
I wanted to make the future accessible and show how near we are to that future. What with Brexit and Trump and climate breakdown, the development of AI and how it will impact on our lives isn’t getting the right kind of attention. People don’t think about the profound implications of where we’re heading Because we are profoundly stupid, we’re going to share the planet with a self-created non-biological lifeform smarter than we are! Well done, human race!

One of the characters in the book is a transgender doctor. A lot of writers are now exploring gender and sexuality in their work. Does it feel as if the world has caught up with some of the ideas you have been exploring since the 1980s?
Yes, and this is a great thing. When I set off, there was a lot of marginalisation: as a woman, as a gay woman, as a working-class woman. I’m glad that over the 35 years I’ve been writing, that has changed and that I’ve been able to be a part of the change. What I always longed for is that sexuality and gender could be made implicit rather than foregrounded. When I read younger writers like Daisy Johnson and Evie Wyld, I’m excited because they’ve just grown up so differently. They don’t have to foreground these issues in the same way. That started to become possible with Ali Smith, who began 10 years after me. She was able to say: we live like this.

Would you upload your own mind to a computer if the opportunity arose?
Yes. I’d probably regret it! Who would you trust to do it? What would they do with you? We could be trapped in somebody’s laptop for hundreds of years waiting to get out: “Let me out!” It keys back into all those wonderful fairy stories about trapped spirits in bottles. We’ve always dealt with disembodiment, it’s right through folklore across the planet.

Your book is unexpectedly funny. Do you enjoy writing comedy?
Yes. It’s partly a northern thing. It’s something you pick up on the buses listening to people talk. I was standing outside my house the other day looking at all the twinkly Christmas lights I’d put up – because I love Christmas – and as I watched them flashing on and off, I thought “I wonder if it looks like a carvery”. It was a very northern moment. The world is so dire at the moment, it’s important to make people laugh. It isn’t an escapist response, it’s a way of managing it.

Should novelists be more political? Do you intend to write more political books?
I have no choice. We live in the times that we live in. You can change your nationality, your gender, but you can’t change the fact you have to live in this world at this time. At the same time, writers are trying to shape the world – I mean, the way people think and feel. Above all, we have to get away from the simple soundbites, the karate-chop syntax of the daily news, as well as the data avalanche, where no one can find the meaning any more.

What are you writing now?
Twelve essays about AI. I’d like to write about gene editing because it’s something I didn’t explore in Frankissstein. That really will happen but only for the very rich. People always say “let’s get the technology out there and lots of people will benefit in time”. Well, no, because by that point, the technology will change and the rich will control it completely. The world is moving too fast for the trickle-down effect.

Are you optimistic about the future?
I’m always optimistic, it’s my greatest strength and greatest failing because I didn’t predict Trump and Brexit. I suppose my faith is always in young people to get it right and to take over where my generation have made such a terrible mess.

But lots has changed for the better in your lifetime?
Yes, when I was growing up, we didn’t know anyone who was black, divorced, a single parent, gay and now all of those people are probably within our galaxy of friends and acquaintances, so we are more cosmopolitan. But with the right taking over, I’m very worried that the liberalism, tolerance and educated open-mindedness that has allowed generations after me to live freely could easily disappear. I didn’t see this coming with this pace and viciousness. Nothing is won for ever.

What’s the best thing about living in the Cotswolds?
I like having physical things to do: grow vegetables, chop wood. It’s proper hard work and it suits my mind. I can’t live from the neck up. I’m also a bit dangerous in London now because once I get stuck in my own thoughts, I can get knocked off my bike. You have to be very aware in London and sometimes you don’t want to be very aware!

Which book or author do you always return to?
Every December, I read Charles Dickens’s A Christmas Carol, which I’ve done since I was a child. It’s like having a cup of tea with an old friend. I know what’s coming next. I don’t even mean the plot, I mean the next sentence! I’m a big Christmas girl. The only time Mrs Winterson [her mother] was happy was over the Christmas period, and she loved A Christmas Carol, I don’t know why, but it was something precious we shared. I guess that’s why it’s come with me.

What are you currently reading?
I’m halfway through Ta-Nehisi Coates’s new novel, The Water Dancer. I first came to him through his nonfiction book, Between the World and Me, which I found very moving. He’s not groundbreaking in terms of changing traditions but he’s stitched his story together in a way that’s exuberant and fun. It will bring in new readers. I’m also dipping in and out of Zadie Smith’s short story collection, Grand Union, which is great.

What are your plans for Christmas?
I haven’t taken any time off this year and I’m going a bit mad so I’ll have a two-week break. I have a lovely reading room with floor-to-ceiling books and an open fire. I’ll go in there with something nice to drink and just pick things off the shelf. It’s always pot luck.

• Frankissstein by Jeanette Winterson is published by Vintage (£8.99). To order a copy go to guardianbookshop.com. Free UK p&p over £15