Skip to content
Breaking News
How to setup personal blog using Ghost and Github hosting Cheat Sheets #2: Deep Nearning — Tensorflow, Keras, Neural Network, Data Science and DASK Music Generation with LSTM Based RNNs “The devil is in the details”. Machine Learning does not escape from it. All You Need To Know About Adaptive Linear Neuron 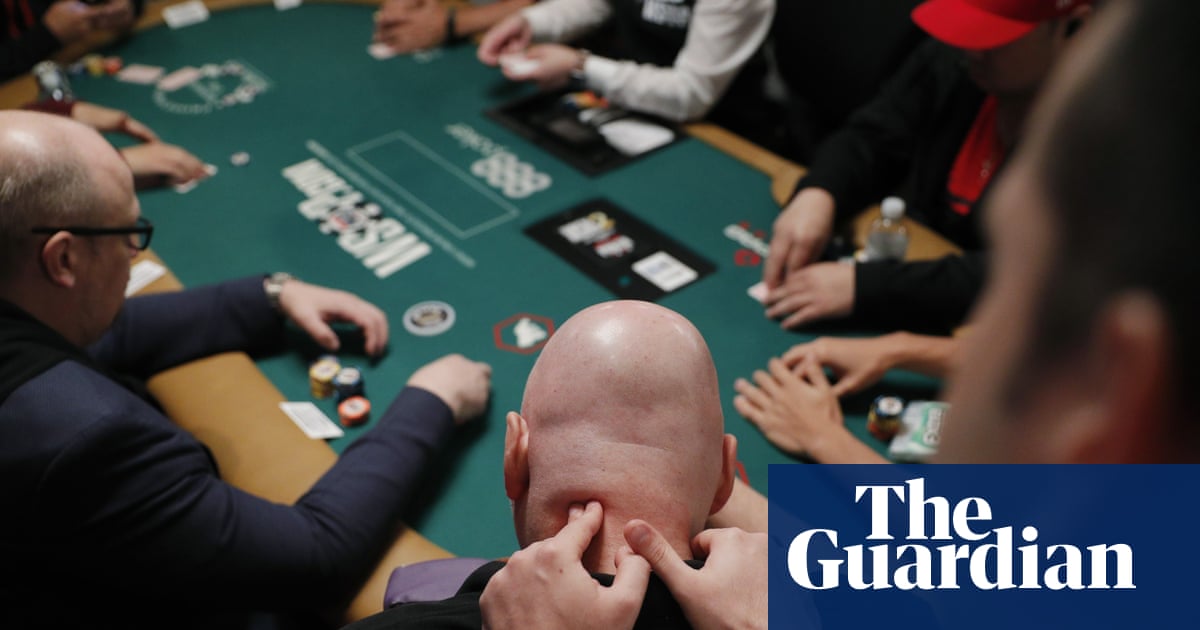 Rack up another win for the machines. An artificial intelligence called Pluribus has emerged victorious from a marathon 12-day poker session during which it played five human professionals at a time.

Over 10,000 hands of no-limit Texas hold’em, the most popular form of the game, Pluribus won a virtual $48,000 (£38,000), beating five elite players who were selected each day from a pool who agreed to take on the program. All of the pros had previously won more than $1m playing the game.

What counts as a beating for humanity ranks as a milestone for AI. No computer program has ever achieved superhuman performance against multiple poker players. A forerunner of Pluribus named Libratus made its name two years ago by trouncing top human players, but that program only played one-on-one.

“It’s the first time AI has achieved superhuman performance in a multiplayer game,” said Tuomas Sandholm, who developed Pluribus with his PhD student Noam Brown at Carnegie Mellon University in Pittsburgh. The ability to beat five players at a time in such a complex game of bluff and hidden information opened up new opportunities for AI to tackle real world problems, he said.

According to Sandholm, the algorithm has potential in applications ranging from investment banking and negotiation strategies to wargaming and deciding how much US political candidates should spend advertising in various media in different states. In his laboratory, research is underway to use the algorithm in treatment plans that marshall precise populations of immune cells to fight specific diseases. The work was part-funded by the US Army Research Office.

To master Texas hold’em Pluribus adopted some surprising, and distinctly non-human, strategies which have already been adopted by the professionals it played. It used wildly differing bet sizes, a strategy humans seem to find hard to do. And while humans usually avoid so-called “donk betting” – the practice of ending the first round of betting with a call and opening the next with a bet – Pluribus embraced the tactic. The received wisdom in poker is that donk betting is a weak move that rarely makes sense. Pluribus found otherwise. “I don’t understand it, but Pluribus understands it,” said Sandholm.

In another computer v human challenge, the program beat two professionals, Darren Elias, who holds the record for the most World Poker Tour titles, and Chris Ferguson, who has won six World Series of Poker tournaments. The defeats came after each played 5,000 hands against five copies of the AI. “Pluribus is a very hard opponent to play against,” Ferguson said. “It’s really hard to pin him down on any kind of hand.”

Artificial intelligence has already surpassed humans at games such as chess and Go, but in these games players can see the positions of all of the pieces; there is no information that is hidden from them. In poker, players have only partial information and a cast of potentially bluffing opponents, making it a far tougher AI challenge.

Pluribus learned poker by playing copies of itself. Starting from scratch, and playing randomly at first, the program steadily improved its performance. After eight days, it had devised a “blueprint strategy”, which it uses for the first round of betting. For subsequent rounds, Pluribus looks ahead to hone its strategy. It aims to be unpredictable to wrongfoot its opponents.

The program runs on two Intel Haswell processors and uses a modest 128GB during play. In games against itself, Pluribus takes about 20 seconds to play a hand, making it twice as fast as a typical professional, the scientists write in the journal Science.

Sean Ruane, one of the players who took on Pluribus, found the program a tough opponent. “In a game that will, more often than not, reward you when you exhibit mental discipline, focus, and consistency, and certainly punish you when you lack any of the three, competing for hours on end against an AI bot that obviously doesn’t have to worry about these shortcomings is a gruelling task.”

How to Implement a Recommendation System with Deep Learning and PyTorch