Original article was published by Matt Burns on Automotive – TechCrunch 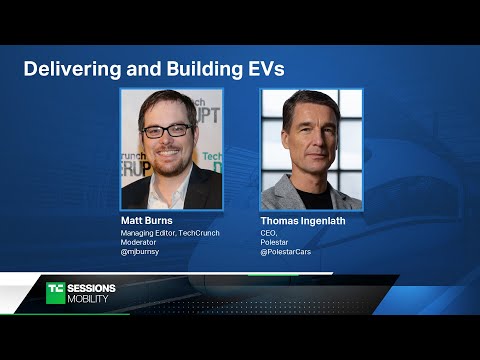 Polestar is a young automaker spun out of Volvo and Geely. Now, just four years old, it has two cars on the market with more launching soon. Like many startups, the company is weathering early storms coming from government regulators and early recalls.

Earlier this week, the EPA released its findings on the Polestar 2’s electric range, certifying it as capable of traveling 233 miles on a charge. That’s about 90 miles less on a charge than the competing Tesla Model 3. Read our early impressions here.

“We know what the car does in reality,” Ingenlath said. “We know in reality, what might look like a very big difference, is not that much of a difference in real life. We think it’s definitely sufficient for day-to-day life as an EV. It’s one of our versions, and we ill be adding different variants to the Polestar 2 that will have a higher EPA [rating]. I think [the range] is absolutely in the ballpark of competing EVs that is really good for you 365 days a year.”

Ingenlath concedes his company is not beating Tesla in range but encourages side-by-side comparisons in the real world. What looks like a large difference on paper is much less in practice. And he says a longer-range version is on the way.

“Next year in 2021, we have in our plans to come out with a single motor version,” Ingenlath said. “This will, of course, provide a better range with the same battery. And, of course, along the way, we’ll have software improvements that will give more efficiency with the same kilowatt-hours battery.

“We are on a journey,” he said. “That is where we start, and it will get better from month to month.”

Ingenlath also addressed the Polestar 2’s recent full recall over vehicles that abruptly stopped while driving. “This happened in very, very rare cases,” he said, adding there are only 2,200 Polestar 2’s on the market, and none of the reported cases happened in the United States. None of the affected vehicles were involved in an accident.

The issue is being fixed with a software update.

“We have many things to learn, and as a company, improve,” Ingenlath said. “We are a startup that’s fresh out. And of course, you cannot expect everything to go smoothly. We have to improve, and our customers have to be with us on the way. And I think it’s a really great standard that the car industry, actually, does very early recalls to make sure no one gets into a problem.

He says he doesn’t see a big issue with the early recall. Instead, he says, he’s now focusing on ensuring the company excels at customer service when interacting with a Polestar 2 owner around the recall.

Volkswagen to offer SiriusXM with 360L in 2021 model year vehicles