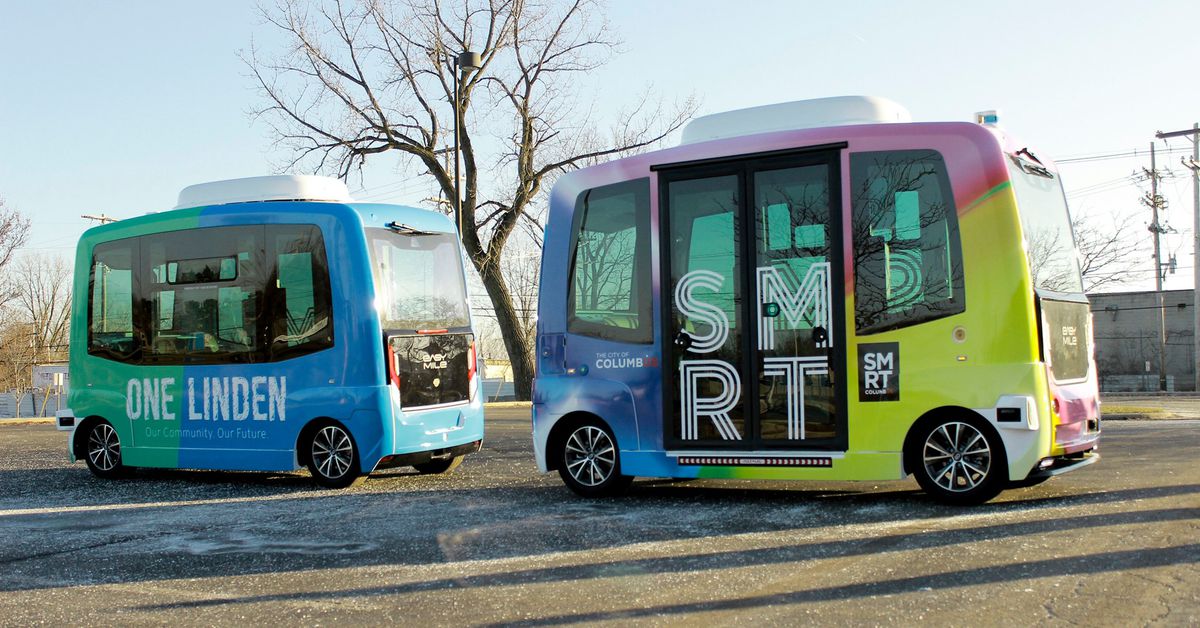 French self-driving vehicle company EasyMile will add seatbelts to its shuttles in order to be able to once again carry passengers in the US. EasyMile’s shuttles were suspended by the National Highway Traffic Safety Administration (NHTSA) in late February after an incident where a passenger fell out of her seat during a sudden stop in Columbus, Ohio.

EasyMile’s shuttles, which operate on a trial basis in about a dozen US cities, will also feature more signage and audio announcements that warn passengers about the possibility of sudden stops, and the company says it will train the safety operators on the shuttles to “remind passengers to hold on with feet firmly on the floor” while they are in motion. These “corrective actions” are the result of a back-and-forth with the NHTSA and the local operators, the agency tells The Verge.

The newly added seatbelts won’t necessarily be mandatory. “[A]lthough they are not standard in mainstream public transport, in an effort to continue to deliver the benefits of this new technology in as safe and acceptable a way possible, we are also adding seat belts to our US-based shuttles,” the company says in a statement. “The decision on how to manage the use of them, NHTSA is assigning to local operators.”

Local operators around the country that use EasyMile’s shuttles might not start carrying passengers right away, though, as the COVID-19 pandemic has cratered public transportation ridership and created concerns about closely shared spaces. EasyMile says its US-based shuttle services will “start up progressively” as local public health orders allow, and as it updates the vehicles with seatbelts and the other changes.

A spokesperson for Smart Columbus, the citywide transportation project that tapped EasyMile for the trial service in Columbus, told The Verge that it will be “regularly assessing when it might be prudent to return to passenger service based on state and local public health guidance.”

Each shuttle will also have to be cleared by the NHTSA, according to the agency. Local operators like Smart Columbus will have to submit a request that shows all the corrective actions have been taken.

The NHTSA ordered EasyMile to suspend its shuttles in late February after one of the two operating in Linden (a residential neighborhood north of the Columbus downtown) “unexpectedly” performed an emergency stop as it pulled away from an intersection. The company said Friday that “an internal safety mechanism was triggered, activating, as programmed, a sudden stop of the shuttle at 7.1 miles per hour,” but said it was less abrupt than the braking that can happen on subways or trams. Smart Columbus said the incident was “triggered by a slight deviation in the steering of the shuttle.”

It was one of the NHTSA’s first interventions in an autonomous vehicle project like this, as the agency has taken a hands-off approach to the testing and rollout of the technology. In 2018, the NHTSA suspended a self-driving school bus project in Florida that used EasyMile shuttles.

Volkswagen launched its first fully electric van in the UK with prices for the zero-emission ABT eTransporter 6.1