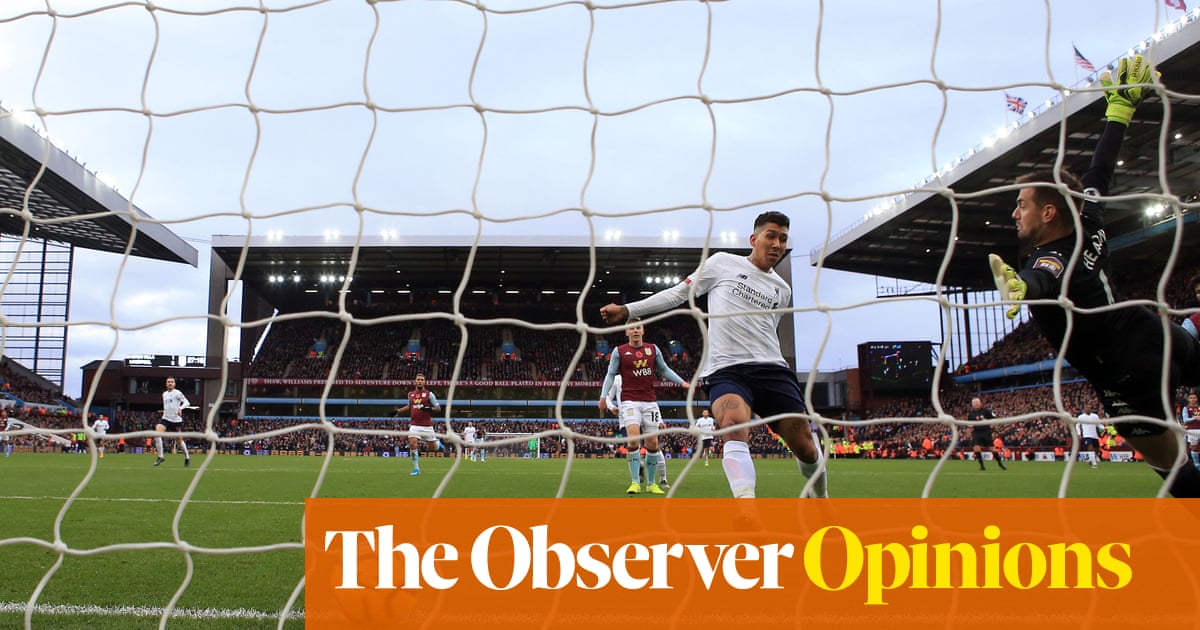 Even if you can’t tell your offside from your elbow (in the face), you’ve probably heard of VAR. The video assistant referee has been introduced into top-level football to cut out errors by referees. At every Premier League game, a VAR referee watches TV feeds of the game to check potentially contentious decisions.

Moaning at referees has long been the staple of football fans. “That was never a penalty!” “Ref, do you need glasses? It was offside by a mile.”

VAR was supposed to resolve, or at least reduce, such disagreements. Instead, it has generated even more discord. So much so that the debate about VAR has spilled over from the sports pages into the news pages and discussions on the Today programme.

It’s tempting to dismiss the controversy over VAR as a story of interest only to football fans. But it’s also one that helps illuminate our broader relationship to technology, at a time when technology, especially AI, is beginning to shape many aspects of our lives, from the possibility of driverless cars to algorithms that can make decisions about medical treatment. In many of these areas, we worry that human judgments may be flawed and expect technology to provide better, more objective solutions. That’s exactly the argument for VAR, too. So, non-football fans, bear with me, while I talk football and VAR, for the debate about VAR should be of interest to all of us.

VAR aims to eliminate “clear and obvious errors” by referees by using TV replays to allow officials to view contentious incidents from different camera angles and by reconstructing the movement of the ball or players to check whether a goal was actually scored and whether a player was offside.

The trouble is, what constitutes a “clear and obvious error” is itself a judgment call. Much of the controversy has arisen from fans disagreeing with VAR overturning a refereeing decision that they think should have stood or not overturning a decision they think is flawed. Instead of fan fury being directed at the on-field referee, it’s now directed at both the on-field and the VAR referee.

What are seen as “objective” decisions are often problematic. Take the offside rule. The rule has become more complicated in recent years, but in essence it states that a player is offside if any part of his body is nearer to the opponents’ goal line than both the ball and the second-last opponent. The rule is there primarily to stop a forward gaining an unfair advantage by ignoring the play and simply standing near the goal waiting for the ball.

VAR ignores that context – the attempt to gain an unfair advantage. Instead, the technology can rule even the slightest hint of a supposed infringement “offside”. Recently, the Liverpool striker Roberto Firmino had a goal disallowed because his armpit was deemed offside. That the Premier League could tweet that explanation for the decision in all seriousness shows much of what is wrong with VAR.

So, what can we learn from VAR about the broader use of technology? First, that human judgment is indispensable. Technology can help us make better decisions. But, in important issues, it can rarely replace human decision-making.

Second, VAR reminds us that context matters. Whether in football or in society, we don’t start with the rules that have to be followed. We start with a vision of how we want the game, or society, to be and use rules, or laws, to achieve those ends. Mechanically enforcing rules or laws, irrespective of the context, makes little sense. Too often, we forget that what algorithms lack is precisely that understanding of context.

Third, there are trade-offs. In football, stoppages to check VAR kill the flow of the game and expunge the joy of celebrating a goal that may later be disallowed through a VAR check. Many fans would rather accept old-fashioned refereeing errors to retain the old-fashioned thrill of the game. Similar trade-offs exist in our social lives, for instance, between the ease that technology provides and the loss of privacy it often entails. We need a proper acknowledgement of, and public debate about, such trade-offs.

Finally, VAR shows that we should be wary of imagining technology as necessarily providing more objective answers. A machine or an algorithm is only as good as the humans who created it and the data with which it’s fed. That is why algorithms are often biased in their working. And why debates about refereeing don’t end with the introduction of VAR. Technology may amplify rather than eliminate the flaws of human judgment.

Technology is a boon. We should, however, be wary of overestimating its ability to provide better answers and underestimating the significance of human judgment.

• Kenan Malik is an Observer columnist