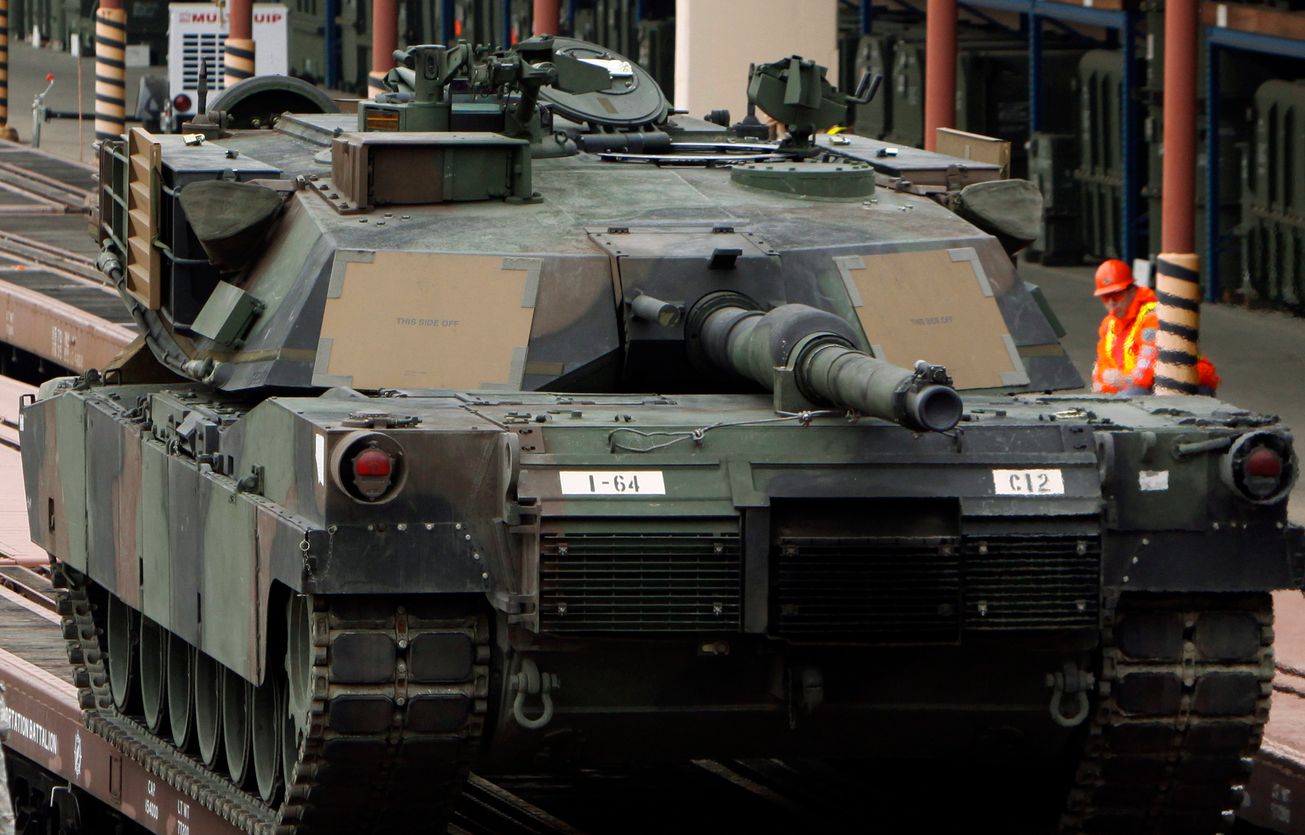 “For the first time the Army will deploy manned tanks that are capable of controlling robotic vehicles able to adapt to the environment and act semi-independently. Manned vehicles will control a number of combat vehicles, not small ones but large ones. In the future we are going to be incorporating robotic systems that are larger, more like the size of a tanks,” Dr. Brandon Perelman, Scientist and Engineer, Army Research Laboratory, Combat Capabilities Development Command, Army Futures Command, told Warrior in an interview, Aberdeen Proving Ground, Md.

The concept is aligned with ongoing research into new generations of AI being engineered to not only gather and organize information for human decision makers but also advance networking between humans and machines. Drawing upon advanced algorithms, computer technology can organize, and disseminate otherwise dis-aggregated pools of data in seconds — or even milliseconds. AI-empowered sensors can bounce incoming images, video or data off a seemingly limitless existing database to assess comparisons, differences and perform near real-time analytics.

At the speed of the most advanced computer processing, various AI systems can simultaneously organize and share information, perform analyses and solve certain problems otherwise impossible for human address within any kind of comparable timeframe. At the same time, there are many key attributes, faculties and problem solving abilities unique to human cognition. The optimal approach is, according to Perelman, to simultaneously leverage the best of both.

“We will use the power of human intelligence and the speed of AI to get novel interactions,” Perelman added.

This blending, or synthesis of attributes between mind and machine is expected to evolve quickly in coming years, increasingly giving warzone commanders combat-sensitive information much faster and more efficiently. For instance, a forward operating robotic “wingman” vehicle could identify a target that might otherwise escape detection, and instantly analyze the data in relation to terrain, navigational details, previous missions in the area or a database of known threats.

“You have an AI system that is not better than a human but different than a human. It might be faster and it might be more efficient at processing certain kinds of data. It will deal with threats in concert with human teammates that are completely different than the way we do things today,” Perelman said.

With these goals in mind, the ARL is now working on mock up interfaces intended to go into the services’ emerging family of Next Generation Combat Vehicles. Smaller robots such as IED-clearing PackBots have been in existence for more than a decade; many of them have integrated software packages enabling various levels of “semi-autonomy,” able to increasingly perform a range of tasks without needing human intervention. Current ARL efforts now venture way beyond these advances to engineer much greater levels of autonomy and also engineer larger robots themselves… such as those the size of “tanks.”

“Commanders will be able to view a target through vehicle sensor packages, or if there is an aided target recognition technology or some kind of AI to spot targets, they might see battlespace target icons pop up on the map indicating the location of that target,” Perelman said.

“Everything that a soldier does today…. Shooting, moving, communicating.. Will be different in the future because you do not just have human to human teammates, you have humans working with AI-teammates,” Perelman said.

Enabling robots to understand and properly analyze humans is yet another challenging element of this complex equation. “When you have two humans, they know when the other is cold and tired, but when you bring in an AI system you don’t necessarily have that shared understanding,” Perelman said.

Various kinds of advanced autonomy, naturally, already exists, such as self-guiding aerial drones and the Navy’s emerging “ghost fleet” of coordinated unmanned surface vessels operating in tandem. Most kinds of air and sea autonomous vehicles confront fewer operational challenges when compared to ground autonomy. Ground warfare is of course known to incorporate many fast-changing variables, terrain and maneuvering enemy forces – at times to a greater degree than air and sea conditions – fostering a need for even more advanced algorithms in some cases. Nevertheless, the concepts and developmental trajectory between air, land and ground autonomy have distinct similarities; they are engineered to operate as part of a coordinated group of platforms able to share sensor information, gather targeting data and forward-position weapons — all while remaining networked with human decision makers.

“You can take risks you would never do with a manned platform. A robotic system with weapons does not need to account for crew protection,” Perelman said.

Interestingly, the Army Research Lab current efforts with human-machine interface are reinforced by an interesting 2015 essay in the “International Journal of Advanced Research in Artificial Intelligence,” which points to networking, command and control and an ability to integrate with existing technologies as key to drone-human warfare.

“They (drones) should effectively interact with manned components of the systems and operate within existing command and control infrastructures, to be integral parts of the system,” in Military Robotics: Latest Trends and Spatial Grasp Solutions, by Peter Simon Sapaty – Institute of Mathematical Machines and Systems, National Academy of Sciences.

Increased use of networked drone warfare not only lowers risks to soldiers but also brings the decided advantage of being able to operate in more of a dis-aggregated, or less condensed formation, with each drone and soldier system operating as a “node” in a larger integrated network. Dispersed forces can not only enable longer-range connectivity and improved attack options but also reduce force vulnerability to enemy fire by virtue of being less aggregated.

“Despite the diversity of sizes, shapes, and orientations, they (drones and humans) should all be capable of operating in distributed, often large, physical spaces, thus falling into the category of distributed systems,” Sapaty writes in the essay.

Also of great significance, Army thinkers explain, is that greater integration of drone attack assets can streamline a mission, thereby lessening the amount of soldiers needed for certain high-risk operations.

“When you are calling in artillery or air support, there is a minimum distance from where you are able to do that as a human being. You don’t have the same restrictions with robotic systems, so it allows you to take certain risks,” Perelman.

A paper in an Army University Press publication explains how drones can “expand” the battlefield. By utilizing drone systems for combat…”fewer warfighters are needed for a given mission, and the efficacy of each warfighter is greater. Next, advocates credit autonomous weapons systems with expanding the battlefield, allowing combat to reach into areas that were previously inaccessible,” the essay states. (Amitai Etzioni, Phd, Oren Etzioni, Phd)

This article by Kris Osborn originally appeared in WarriorMaven in 2020.

Kris Osborn previously served at the Pentagon as a Highly Qualified Expert with the Office of the Assistant Secretary of the Army – Acquisition, Logistics& Technology. Osborn has also worked as an anchor and on-air military specialist at national TV networks. He has appeared as a guest military expert on Fox News, MSNBC, The Military Channel and The History Channel. He also has a Masters Degree in Comparative Literature from Columbia University.