Original article was published by on artificial intelligence 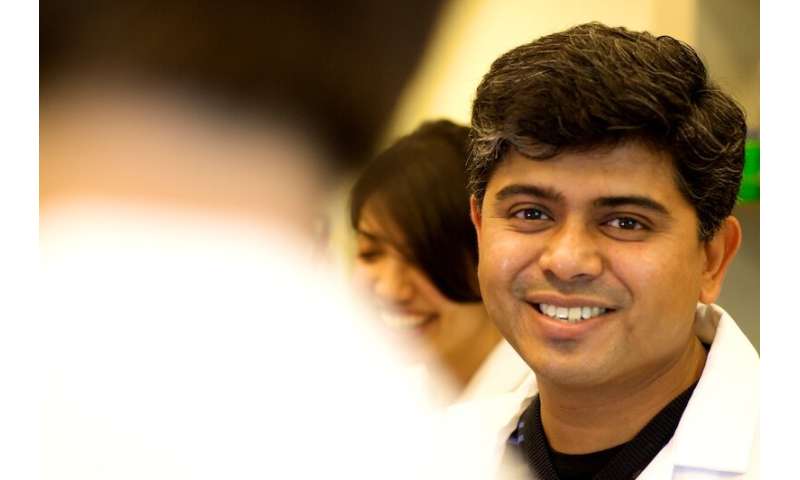 A pair of researchers at the University of California, Riverside, has used machine learning to understand what a chemical smells like—a research breakthrough with potential applications in the food flavor and fragrance industries.

“We now can use artificial intelligence to predict how any chemical is going to smell to humans,” said Anandasankar Ray, a professor of molecular, cell and systems biology, and the senior author of the study that appears in iScience. “Chemicals that are toxic or harsh in, say, flavors, cosmetics, or household products can be replaced with natural, softer, and safer chemicals.”

Humans sense odors when some of their nearly 400 odorant receptors, or ORs, are activated in the nose. Each OR is activated by a unique set of chemicals; together, the large OR family can detect a vast chemical space. A key question in olfaction is how the receptors contribute to different perceptual qualities or percepts.

According to Ray, digitizing predictions of how chemicals smell creates a new way of scientifically prioritizing what chemicals can be used in the food, flavor, and fragrance industries.

“It allows us to rapidly find chemicals that have a novel combination of smells,” he said. “The technology can help us discover new chemicals that could replace existing ones that are becoming rare, for example, or which are very expensive. It gives us a vast palette of compounds that we can mix and match for any olfactory application. For example, you can now make a mosquito repellent that works on mosquitoes but is pleasant smelling to humans.”

The researchers first developed a method for a computer to learn chemical features that activate known human odorant receptors. They then screened roughly half a million compounds for new ligands—molecules that bind to receptors—for 34 odorant receptors. Next, they focused on whether the algorithm that could estimate odorant receptor activity could also predict diverse perceptual qualities of odorants.

“Computers might help us better understand human perceptual coding, which appears, in part, to be based on combinations of differently activated ORs,” said Joel Kowalewski, a student in the Neuroscience Graduate Program working with Ray and the first author of the research paper. “We used hundreds of chemicals that human volunteers previously evaluated, selected ORs that best predicted percepts on a portion of chemicals, and tested that these ORs were also predictive of new chemicals.”

Ray and Kowalewski showed the activity of ORs successfully predicted 146 different percepts of chemicals. To their surprise, few rather than all ORs were needed to predict some of these percepts. Since they could not record activity from sensory neurons in humans, they tested this further in the fruit fly (Drosophila melanogaster) and observed a similar result when predicting the fly’s attraction or aversion to different odorants.

“If predictions are successful with less information, the task of decoding odor perception would then become easier for a computer,” Kowalewski said.

Ray explained that many items available to consumers use volatile chemicals to make themselves appealing. About 80% of what is considered flavor in food actually stems from the odors that affect smell. Fragrances for perfuming cosmetics, cleaning products, and other household goods play an important role in consumer behavior.

“Our digital approach using machine learning could open up many opportunities in the food, flavor, and fragrance industries,” he said. “We now have an unprecedented ability to find ligands and new flavors and fragrances. Using our computational approach, we can intelligently design volatile chemicals that smell desirable for use and also predict ligands for the 34 human ORs.”

This document is subject to copyright. Apart from any fair dealing for the purpose of private study or research, no
part may be reproduced without the written permission. The content is provided for information purposes only.