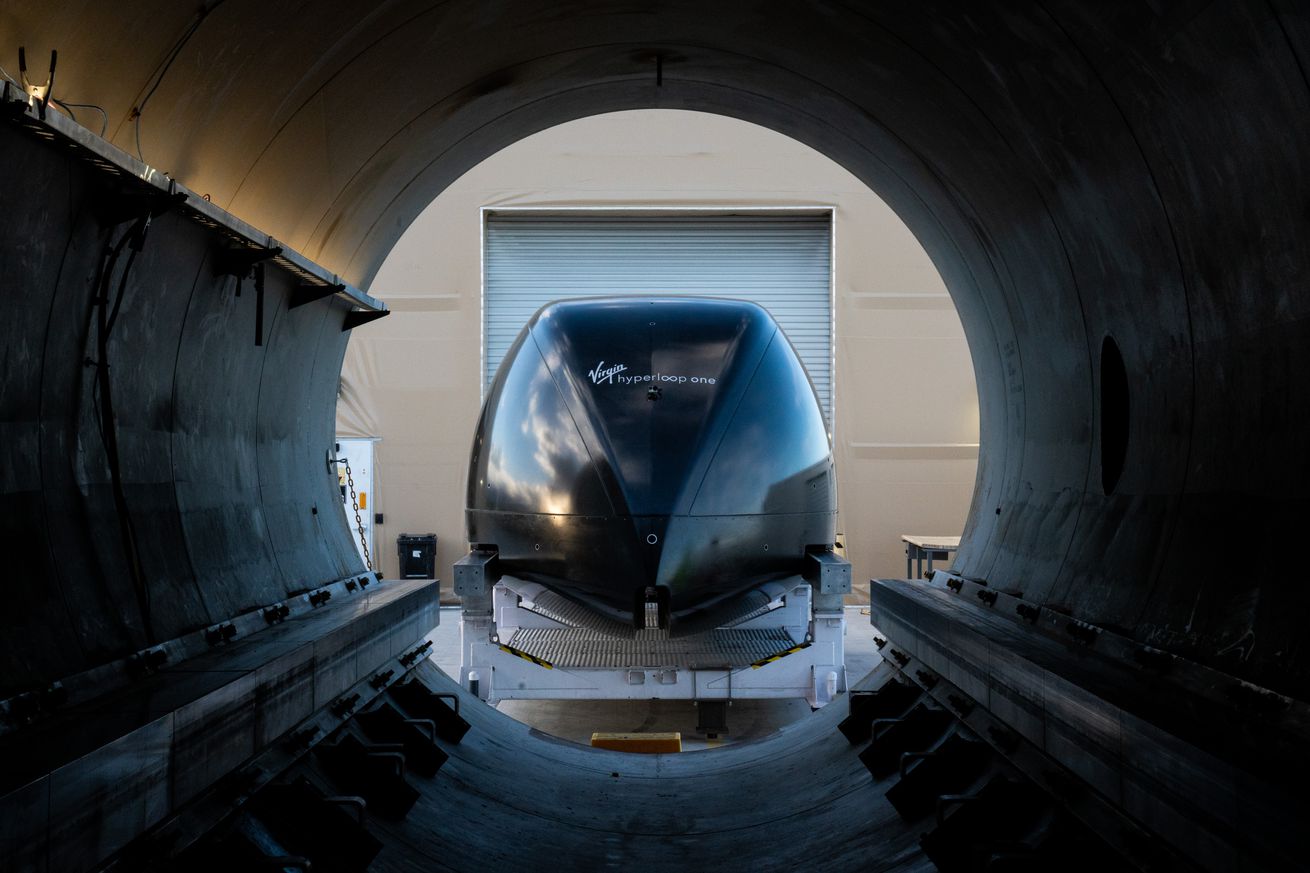 Virgin Hyperloop One announced its plan to build a $500 million certification center to advance its vision of the future of high-speed transportation in West Virginia. The state will serve as a locus for testing, developing, and validating the technology that underpins the still-theoretical hyperloop system.

There is no fully functional hyperloop in the world, and it has never been tested with human passengers. But the federal government has recently laid out the framework for regulating the hyperloop, giving hope to companies like Virgin Hyperloop One that it may eventually break ground on a full-sized operational hyperloop system. To do so, it will still need to raise millions of dollars in funding, acquire the enormous tracks of land, and certify that the hyperloop can be operated safely. Which is all to say, the hyperloop is still very far off.

The certification center is a first step toward that goal, said Richard Branson, founder of Virgin Group, which acquired Hyperloop One in 2017. “The Hyperloop Certification Center is the start of the hyperloop journey for West Virginia, for the United States, and for the world,” Branson said in a statement. “We’re one step closer to making hyperloop travel a reality for people everywhere.”

Seventeen states were vying to become the future site of the company’s first certification center. Last summer, Virgin Hyperloop embarked on a national roadshow to sell its vision of levitating pods carrying passengers or cargo through tubes over long distances at ultra-fast speeds.

Virgin Hyperloop One has a test facility in the desert north of Las Vegas, where it has repeatedly sent its magnetically levitating pod through a nearly airless tube at speeds of up to 240 mph (370 km/h). That’s fast but far less than the hyperloop’s theoretical maximum speed of 700 mph. The company believes it would need an additional 2,000 meters (1.2 miles) of track in order to hit that velocity.

Virgin Hyperloop One’s most recent fundraising effort was in 2019 when it secured $172 million in new funding. At least $90 million came from Dubai port operator DP World, which has previously invested $25 million in the company and already has two seats on the startup’s board of directors.

Virgin Hyperloop One is seeking to build its first hyperloop system not in the US, but in India. Its project in the western district of Maharashtra aims to become the first system certified as safe for human passengers. Officials there have named the company and its partners as the originators of the multibillion-dollar infrastructure project.