Skip to content
Breaking News
How to Build up Voice Apps with Frameworks Automated Machine Learning Tesla raises price of ‘Full Self-Driving’ option to $10,000 ICINCO 2021 : 18th International Conference on Informatics in Control, Automation and Robotics Stop repeating yourself with Klassif.ai

Original article was published by Anasia D’mello on IoT Now 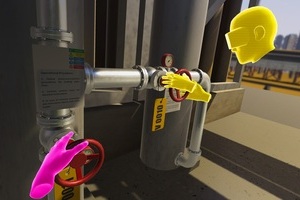 Evidence is building that virtual reality (VR) has the potential to supercharge corporate training, says Justin Parry, co-founder and COO of Immerse. According to a recent PwC study, training employees with VR is significantly faster and cheaper than classroom methods. Plus, workers are 340% more confident in their new skills, and feel four times as emotionally connected to

The post VR means business: How organisations can harness the power of virtual reality appeared first on IoT Now – How to run an IoT enabled business.

Rolling in the Deep: RBMs