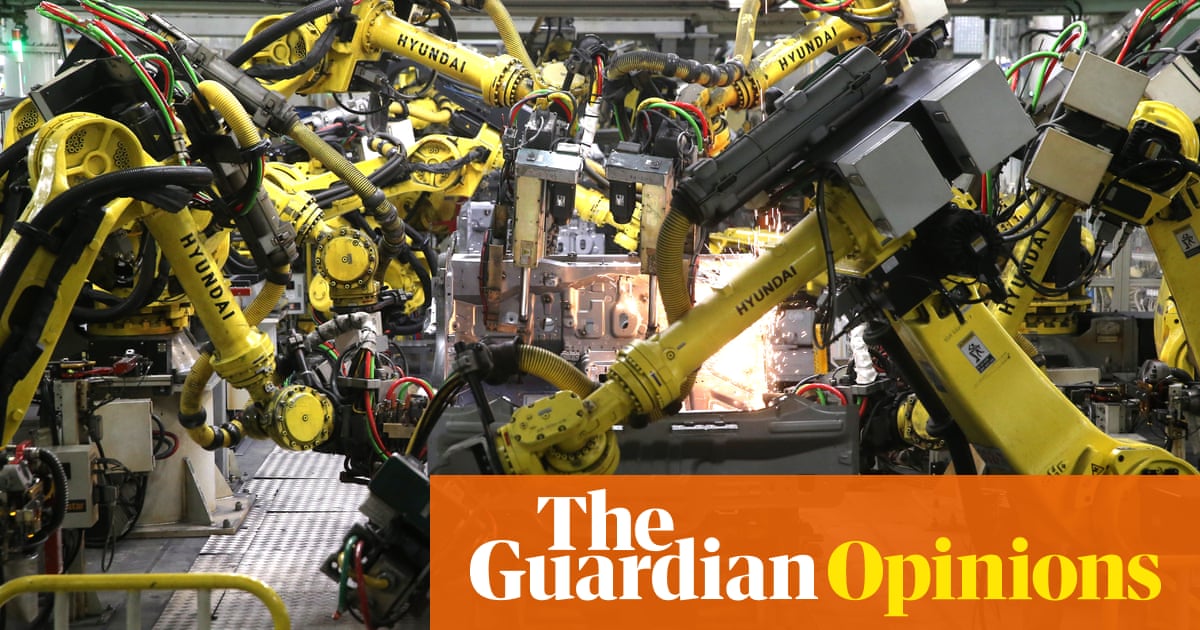 All across America, one hears the story of the weary white, male worker waiting in line for the American dream. This worker sees the federal government giving special help to people he perceives as line cutters. Some who benefit from this help are citizens (black people, women, public sector workers), and others are not (immigrants, refugees, recipients of American foreign aid).

We can well understand the worn patience of the one waiting in line, because in truth, for most middle- and lower-income Americans, the line has indeed stalled or moved back. For the most part, though, the real line cutters are not people one can blame or politicians can thunder against. That’s because they’re not people. They’re robots.

Nothing is changing the face of American industry faster than automation, and nowhere is that change more stark than in the cornerstone of Louisiana’s industrial wealth: oil.

Truck drivers like me will soon be replaced by automation. You’re next | Finn Murphy

According to a 2017 Bloomberg report, Robots Are Taking Over Oil Rigs, Nabors Industries, the world’s largest onshore driller, expects to cut the average number of workers at each oil well site from 20 to five. “To me, it’s not just about automating the rig, it’s about automating everything upstream of the rig,” said BP’s head of upstream technology.

Focusing on tasks and skills involved in 70 occupations, in 2013, scholars in the Department of Engineering Science at Oxford University made rough estimates of the “automatability” of each one. In oil the current vulnerability to automation is:

What’s happening on oil rigs is happening to American workplaces everywhere. No sooner has Uber begun to edge out taxis than self-driving cars are expected to displace Uber drivers. Self-driving trucks are in the testing stages. Toll takers are being replaced by auto-recognition devices; grocery checkout clerks are being replaced by automated checkout systems, airline reservation clerks by automated check-in machines.

And this is only the beginning. According to a McKinsey Global Institute study of 2,000 work activities across 800 occupations, “half of today’s work activities could be automated by 2055”.

For millions of people, the line inching toward the American dream has gotten slower and longer.

To be sure, as old jobs go out, some new jobs appear. Still, automation as well as the squeeze big business mergers put on small business, as Robert Reich explains in Saving Capitalism, are very much at play. In manufacturing, studies show, the main cause of job loss is automation.

But job loss isn’t the whole story. If a male worker is displaced from a well-paid job as a factory technician, he may find a new job, but it may be in the service sector –working as a home health aide or stocking shelves. Robots aren’t simply displacing white men; they are bumping them down into lower-paid jobs that women and black people have traditionally done.

The machine age is upon us. We must not let it grind society to pieces | Chuka Umunna

Robots are profitable to business, of course, since they increase productivity and profits that don’t need to be shared with workers. Andrew Puzder, former CEO of the fast-food restaurants Carl’s Jr and Hardee’s, and Donald Trump’s first choice for secretary of labor, explained in an interview with Business Insider that robots were “always polite, they always upsell, they never take a vacation, they never show up late, there’s never a slip-and-fall, or an age, sex or race discrimination case”.

And so for millions of people, the line inching toward the American dream has gotten slower and longer. If automation is the big, hidden line cutter, why is it missing from our understanding of middle- and working-class resentment and from the deep story into which that resentment crystallizes?

For one thing, we are invited to celebrate robots as a sign of progress, growth, greatness. They are technological marvels. They cut errors. They improve production.

But whatever our politics, this leaves us at an emotional dead end, for how can we get mad at wordless, raceless, genderless, homemade American robots cutting in line, one by one by one?

What a Radiologist thinks about ML in healthcare

A bag-of-words is all you need